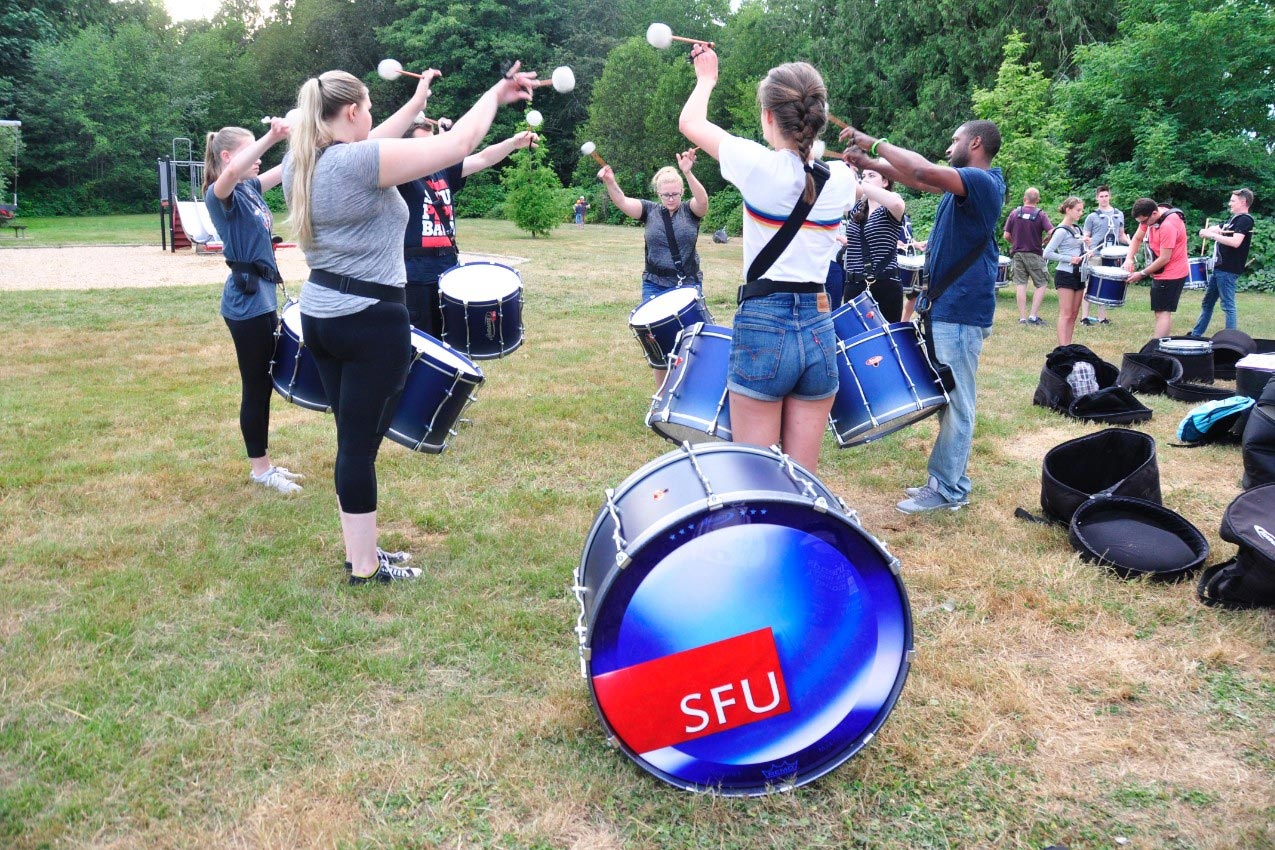 The SFU Pipe Band heads to Scotland this week with members of its junior Robert Malcolm Memorial Grade 3 band. Both bands are competing at the World Pipe Band Championships August 12.

The SFU Pipe Band returns to Scotland this week to prepare for the August 12 World Pipe Band Championships—bringing with them, a young contingent of junior pipers who will also be looking for an international win.

Members of the Robert Malcolm Memorial (RMM) Grade 3 band hope to repeat the championship claimed by the Grade 3 band in 2012. The RMM junior bands have travelled to Scotland nine times over the past two decades, the last time in 2014, when the novice juvenile band competed and placed fifth.

The RMM band is the only Canadian junior band participating at the ‘Worlds’. They will compete against primarily Scottish youth bands, whose members typically take piping and drumming as part of their school curriculum.

SFU Pipe Sergeant Jack Lee told the young pipers and drummers during a practice in Surrey that the goal is to keep their sound strong and stay tight. 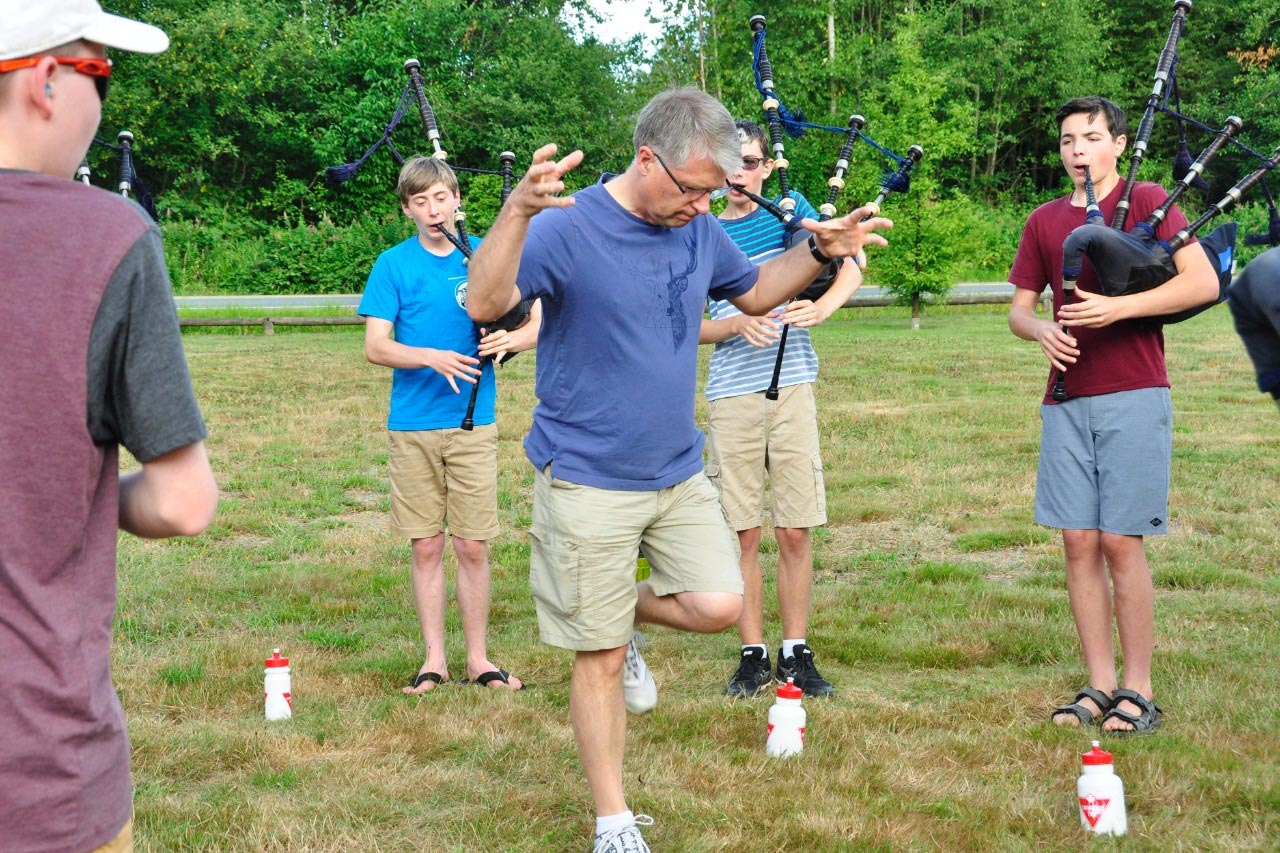 The youngest of the band, Cameron Johnston of Langley, just turned 12. He and sister Dana are both drummers heading to Scotland for the first time. 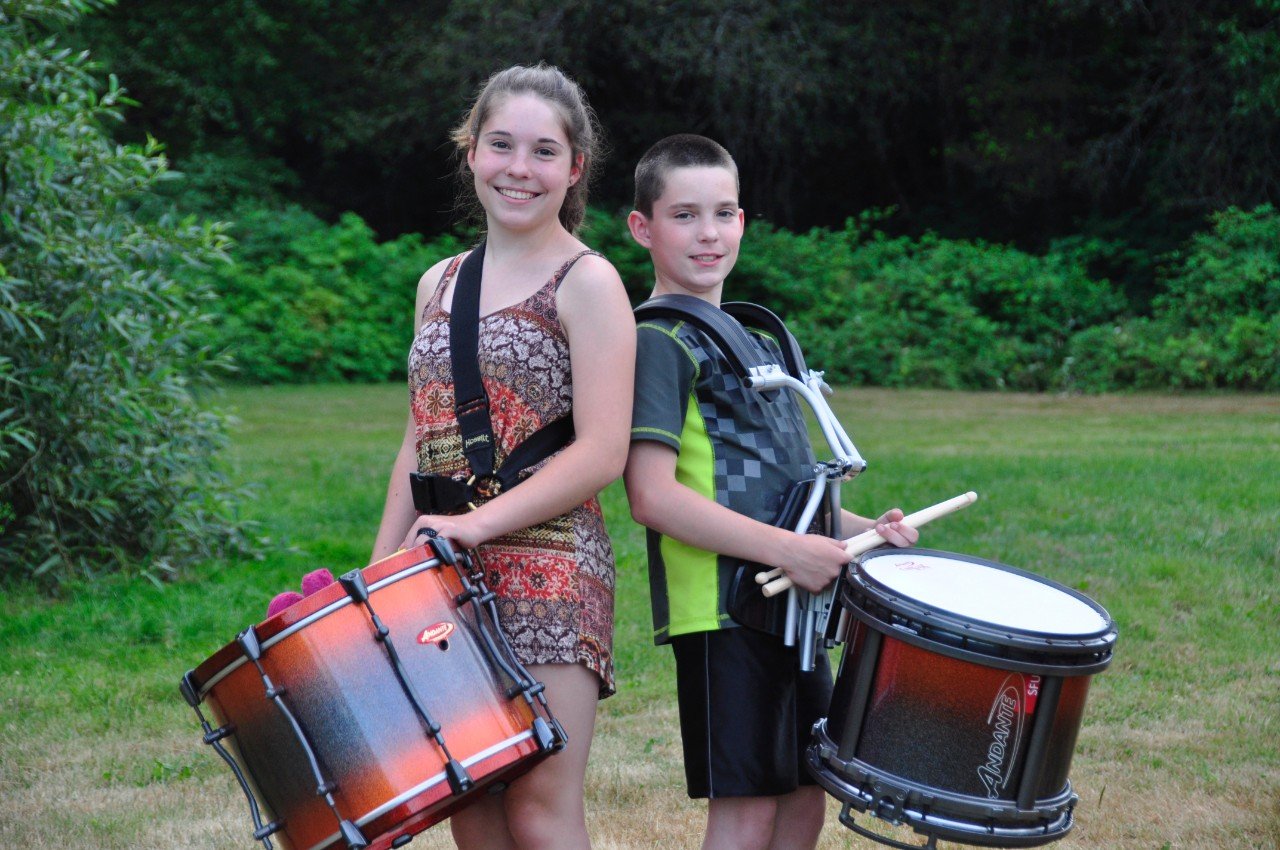 Dana and brother Cameron Johnston are both drummers with the RMM Grade 3 band. 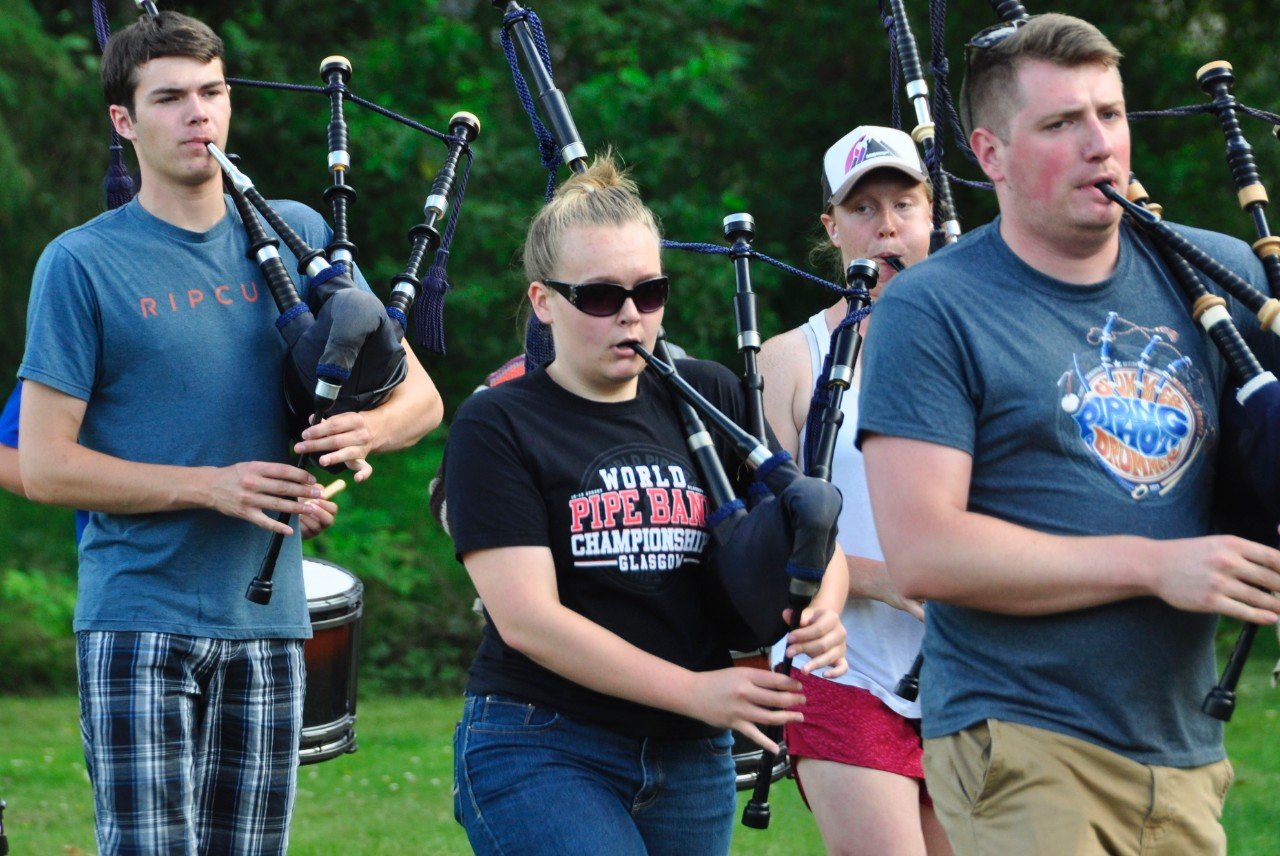 RMM piper Emma Juergensen will be heading to SFU to study molecular biology and biochemistry in September.

Meanwhile piper Emma Juergensen is something of a band veteran, having played at SFU convocation ceremonies since 2013. She will attend SFU as a student in the Molecular Biology and Biochemistry (MBB) program in September.

Two other Grade 3 members, Alistair and Callum Bevan, are the sons of pipe major Alan Bevan and his wife, Bonnie, also a piper—making the competition a true family affair. Bevan says the family is “pretty stoked” for this year’s competition.

While the band placed seventh last year against a rising tide of emerging bands from Europe, Bevan is confident the SFU band remains a strong contender.

“We strive to get better every year, and this year we have really focused on improving the consistency of the band’s sound and on being more systematic with our set-up on contest day,” says Bevan. “With pipe bands, tone is a huge part of the game, and I’m really happy with the sound the band is producing right now.”

The band recently wrapped up its summer teaching program in Vernon and competed at last weekend’s Pacific Northwest Scottish Highland Games at Enumclaw, Washington. Both the senior and junior bands will spend a week in Glasgow preparing for the competition.

The World Pipe Band Championships begin with the qualifying round on Friday August 11. The final competitions on August 12 will be livestreamed. For more details see www.theworlds.co.uk/