SCOTLAND — A Cloverdale resident and longtime pipe sergeant of the SFU Pipe Band won the overall title at the Masters Solo Piping Championship in Glasgow on Monday.

Jack Lee beat out 16 other pipers to win the title, which marked day one of the week-long Piping Live! Glasgow International Festival of Piping.

According to PipesDrums.com, there was a three-way tie but Lee piped his way to the top. 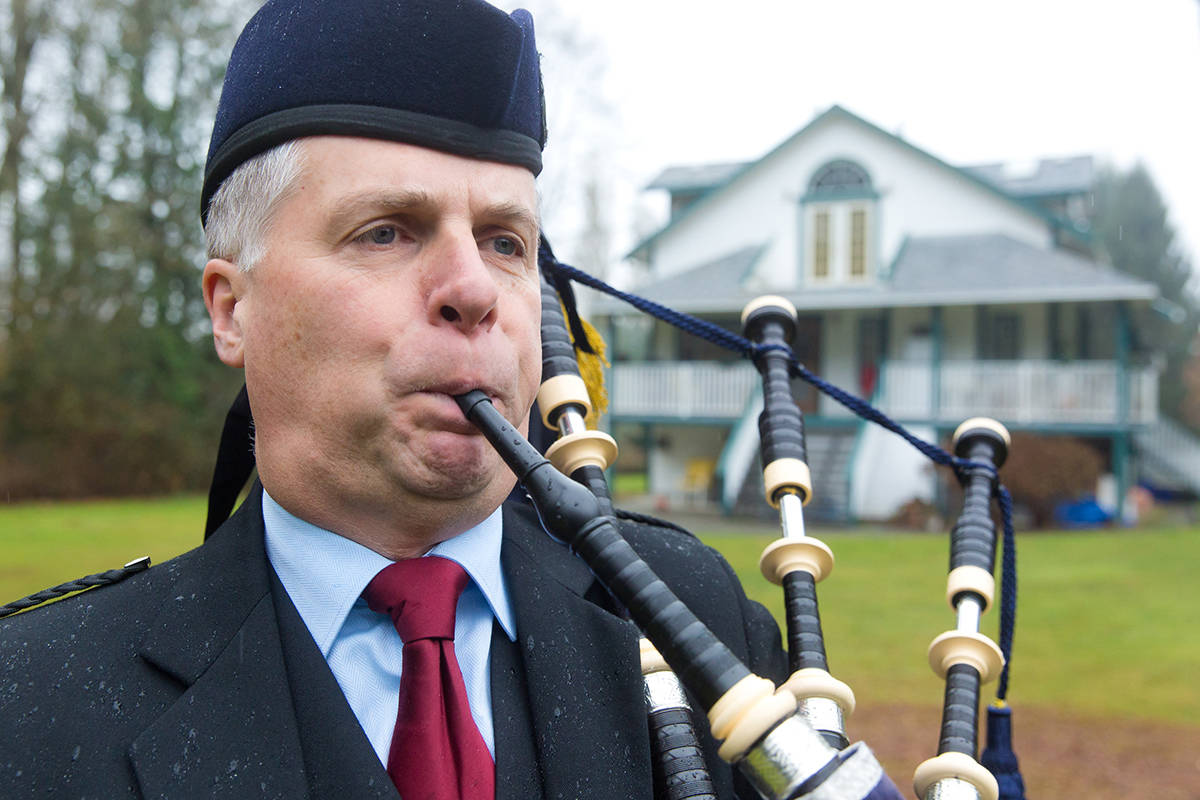 The publication reported he played “Lament For Colin Roy MacKenzie” and won “due to piobaireachd preference.” The win means Lee is invited to the 2017 Glenfiddich Championships. The contest marks the beginning of a week-long celebration of piping and drumming in the city, which is set to wind up with weekend championships.

The SFU Pipe Band is competing in Glasgow on Saturday (Aug. 12) in the World Pipe Band Championships, which it has won nine times out of the 20 it has competed. This year, the band is bringing along the Grade 3 Robert Malcolm Memorial Pipe Band to also compete in the juvenile category. The World Pipe Band Championships’ juvenile category — where the band will be competing against seven Scottish bands — is only open to people 18 years old and under, which means the band can only compete every three years at most.

For Surrey resident Kendrick Rutherford, a piper in the Grade 3 band, this will be his first time participating in such a large competition.

“I’ve never done something this big,” he said at the pipe band practice in general manager Jack Lee’s Cloverdale backyard. “There’s never been that many people watching.” But, “I’m hoping for us to play well, do the best we can,” said Rutherford, who is going into Grade 11 at Fraser Heights Secondary. “And hope we win.”