Extracted from The Abbotsford News- https://www.abbynews.com/news/abbotsford-piper-wins-north-american-competition/ 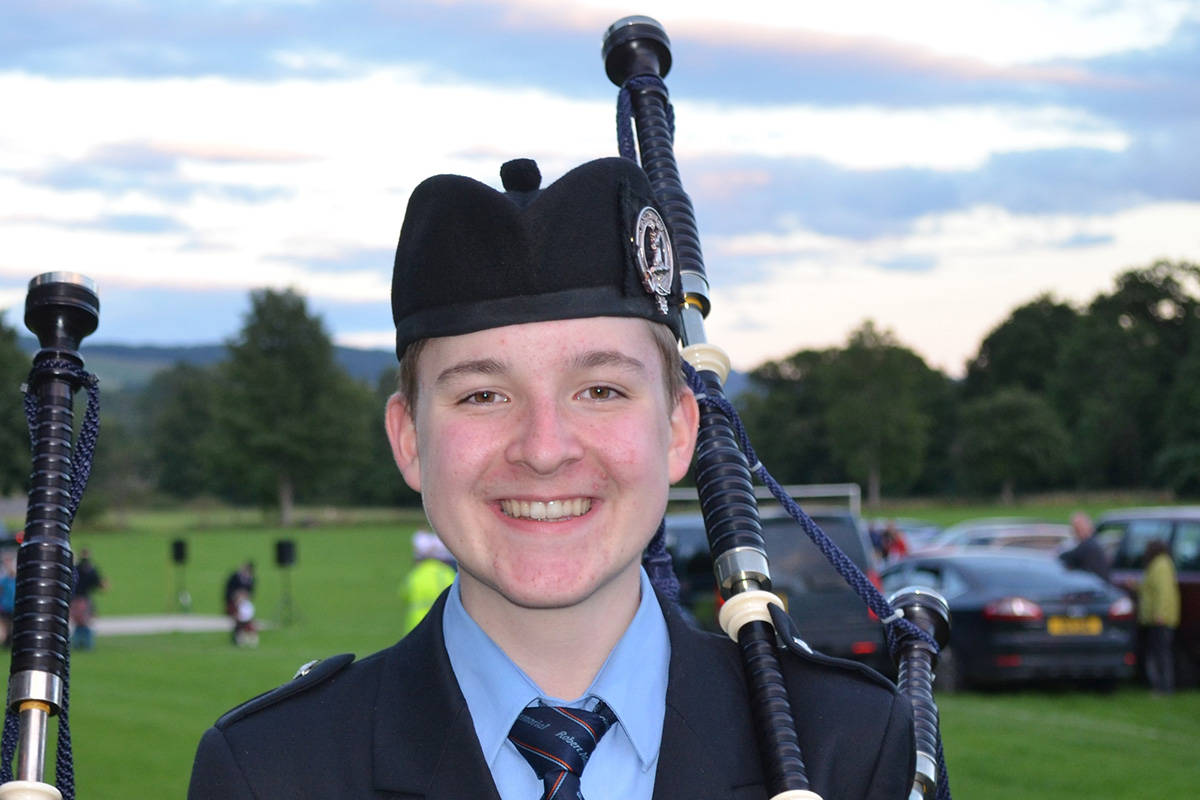 The 15-year-old Yale Secondary student was the youngest competitor at the 35th Nicol-Brown Invitational. He won two of the three events and came in second in the third – making him the overall winner.

“I wasn’t expecting to do that well at the contest,” he said. “I was really happy with how I did.”

Bevan earned his spot in the contest after ranking first among B.C. pipers.

It was his first time competing in the Nicol-Brown but not the first time the Bevan name was in the top spot. Alistair’s father, Alan, won the same competition in 1991.

The whole Bevan family, including Alistair’s mother Bonnie and younger brother Callum, play the bagpipes. They even play together in Simon Fraser University’s Robert Malcolm Memorial Band, where Alan is the pipe major (band leader).

In addition to receiving a hand-engraved silver belt buckle (matching the one his father won 25 years ago), a pipe bag, pipe chanter and his name on a trophy, Bevan earned a spot in, and air fare to, an international competition in London, England in November 2018.

“Really, I’m happy as long as I play well,” he said. “Hopefully I do well and get near the top of the prize list but I just want to be happy with how I play.”