The Simon Fraser Pipe Band and the Robert Malcolm Memorial Pipe Band entertained the crowds for the second year in a row in the 15th Annual Telus Santa Claus parade on Sunday, December 2.

Once again taking the lead position in the parade, the combined bands – totally almost 90 players – played to a crowd of 300,000 people under sunny skies in downtown Vancouver.

Ranging from beginner students all the way up to the Grade 1 Simon Fraser University Pipe Band, it was an impressive turn-out as the bands played a selection of Christmas tunes as well as traditional Scottish music.

The parade was live-streamed by Global BC through their Facebook page, but they will be showing the full broadcast on Saturday December 22 at 1 pm, and again on Christmas day at 7 am. 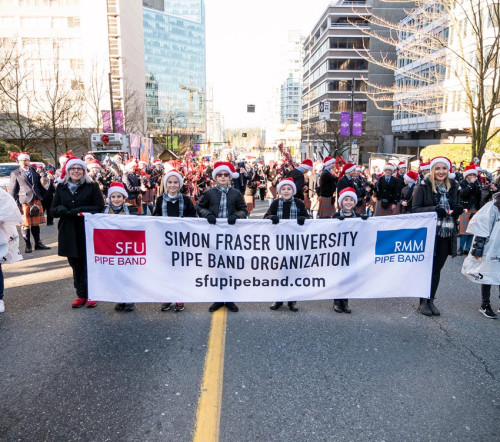 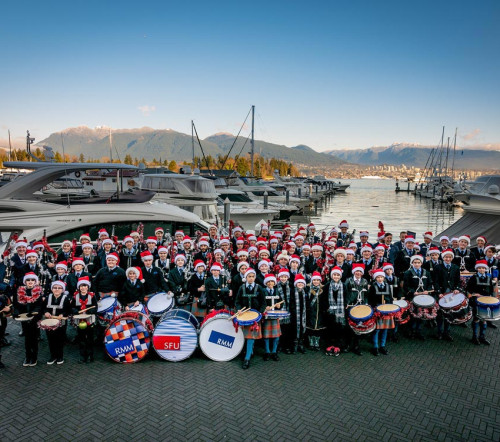 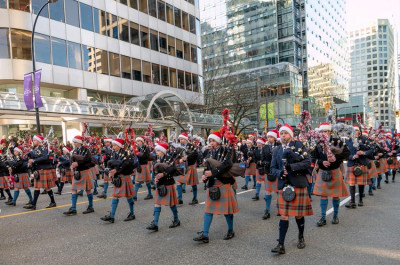 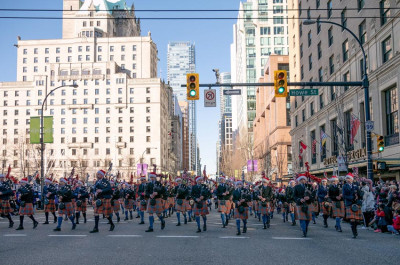 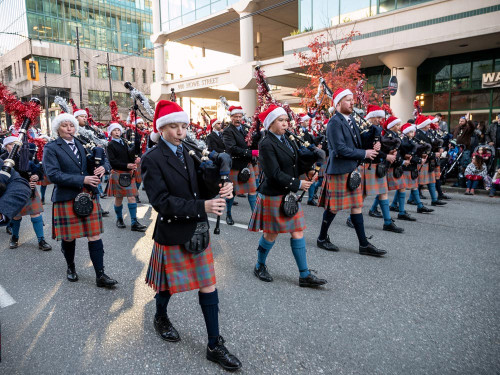 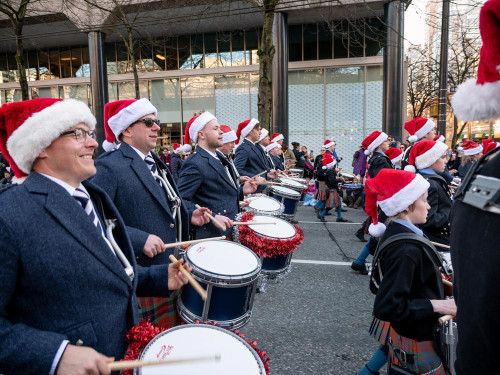 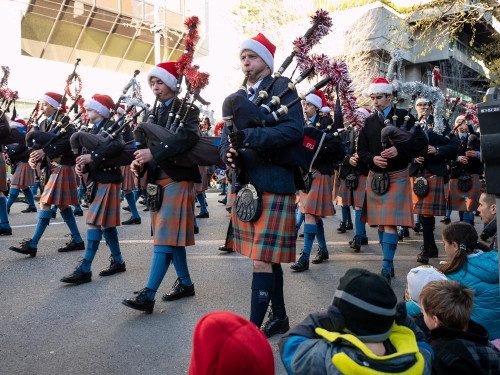 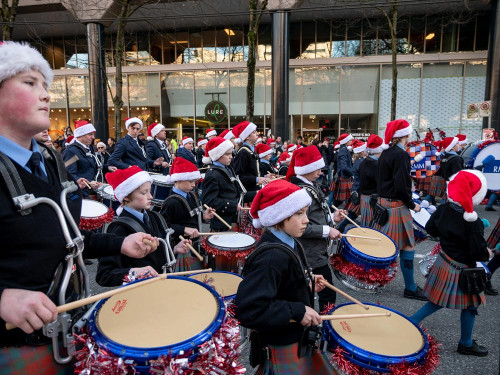