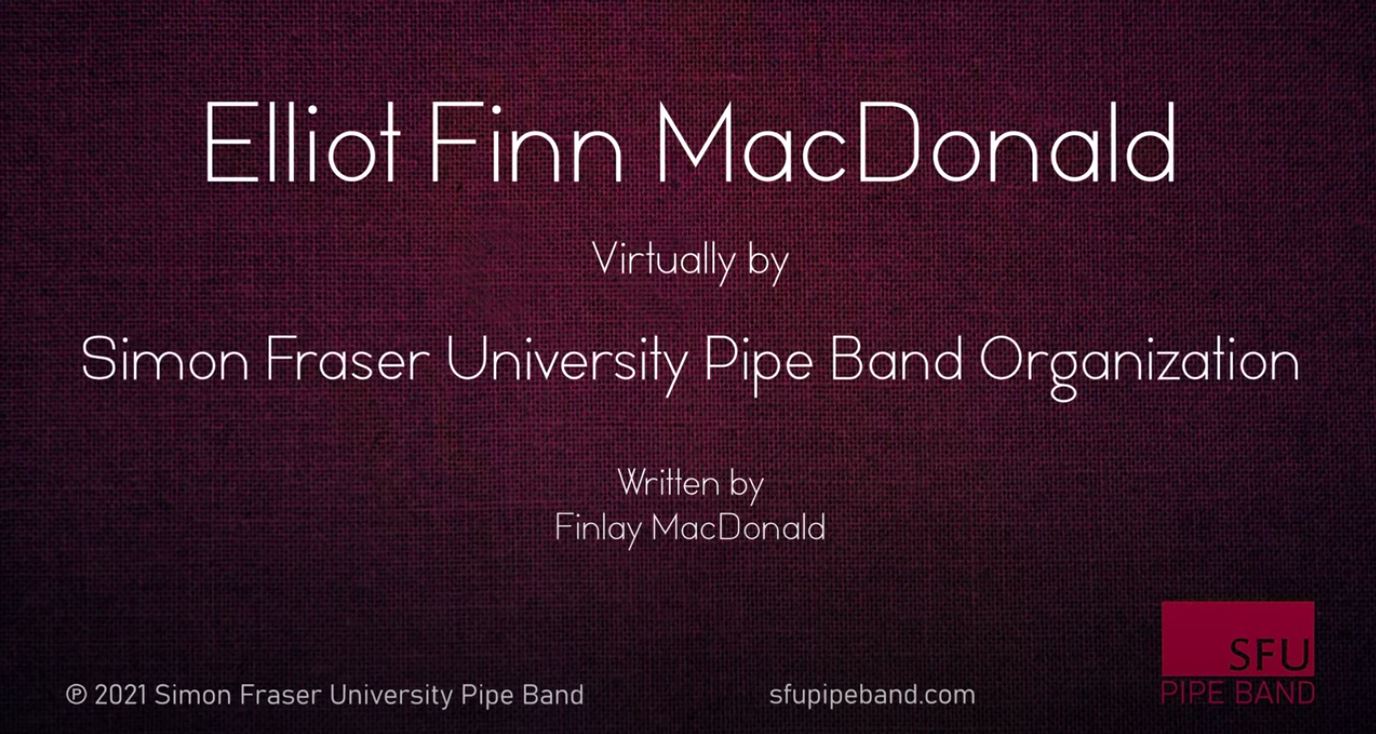 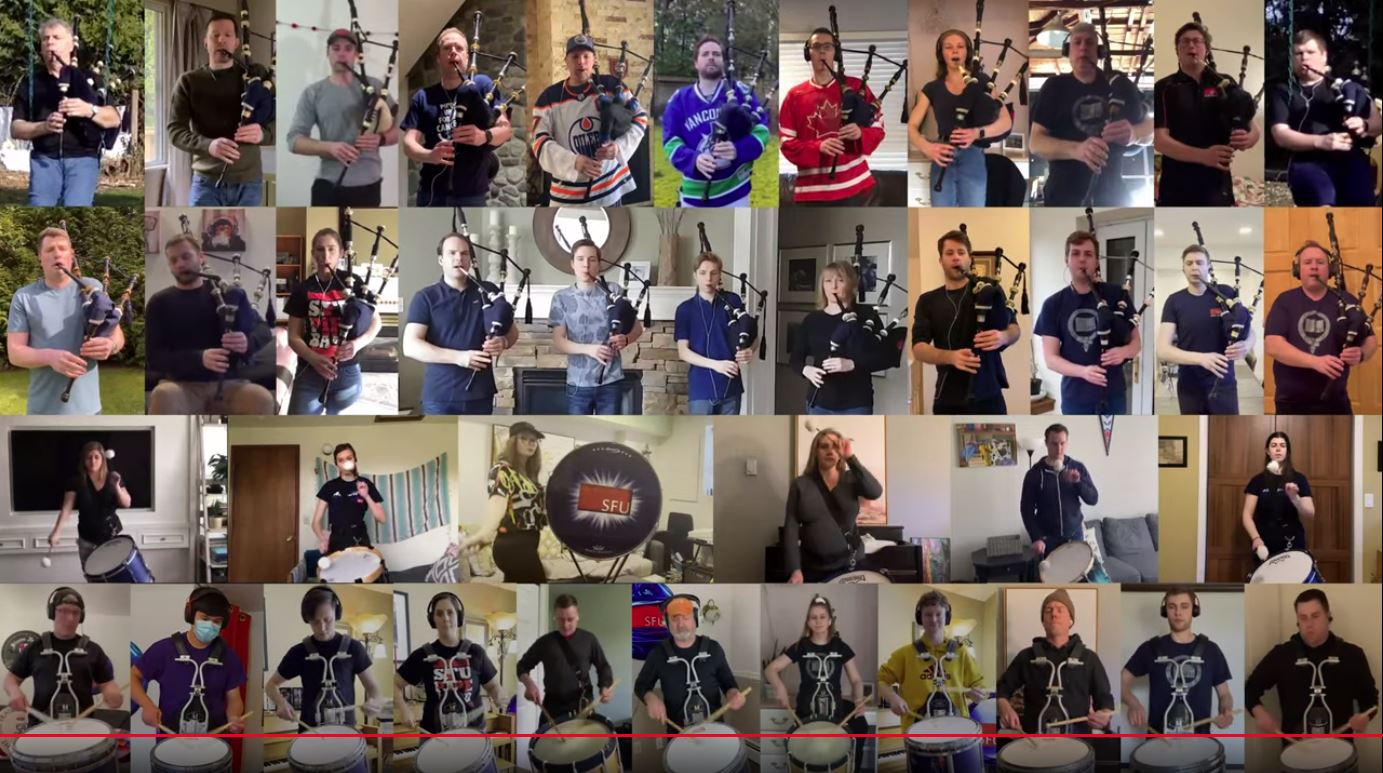 “Alastair brought ‘Elliot Finn’ forward shortly before we did our concert in Chilliwack last February,” said Pipe-Major Alan Bevan. “The band loved it so much we decided we needed to play it in the concert. We performed it with just the pipe corps and Alastair on keyboard, but Alastair had always envisioned doing something a bit grander with the tune. Our Christmas video was extremely well received, and that encouraged us to put something else out. ‘Elliot Finn’ was an obvious candidate, especially because now we had the time for Alastair to fully develop his vision and we could get the entire band involved performing it. It was also an appropriate choice because the last time we performed it was the last time we had the whole band together. Now, a little over a year later, we were able to come together virtually to perform it again at a time when a lot of the pipe band world is feeling a little dejected about missing another season.”

“We had a bit of a piping itch to scratch with there being no in-person practices this year and with the World’s being cancelled,” said Kevin McLean, a piper in the band. “We thought it would be a good way to deliver some music to the piping community.”