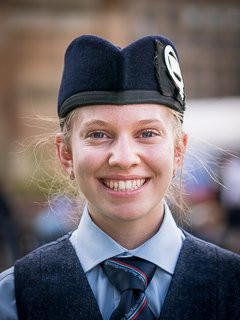 Taylor started playing the snare drum with the Kamloops pipe band in 2009. In 2011, she joined the Robert Malcolm Memorial 4 Pipe Band and competed with them in 2012 and 2014 placing 3rd and 5th at the World Pipe Band Championships. Taylor played with the RMM3 Pipe Band for two more seasons until the fall of 2016 when she was promoted to the SFU Pipe Band.

Taylor is also competitive highland dancer who has represented BC several times at the Canadian Highland Dance Championships. She currently attends Simon Fraser University as an undergraduate student in Criminology.