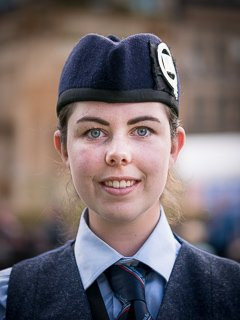 Madison started tenor drumming with the RMM Pipe Band Organization in September 2012 after spending some years highland dancing. She, alongside her brother, traveled to Scotland with RMM 4 in 2014 and placed 5th in Novice Juvenile. After the band was promoted, she spent a year with RMM 3 before being promoted to the SFU band in Winter of 2015. Madison is currently studying at SFU’s Beedie School of Business.