Learn how to get started with pipe band music

The Robert Malcolm Memorial (RMM) Pipe Bands program is the SFU Pipe Band's junior and development pipe bands system. The bands are comprised of motivated youth, teens and adults starting at age 7 and receives weekly instrument instruction from members of the World Champion Simon Fraser University Pipe Band. Under the SFU Pipe Band organizational umbrella, students & players in the 2 Beginner levels and the 4 Pipe Band levels are exposed to the highest levels of world class instruction in both bagpipes and drums (snare, tenor, and bass drums) throughout the entire program.

Benefits of learning piping and drumming: 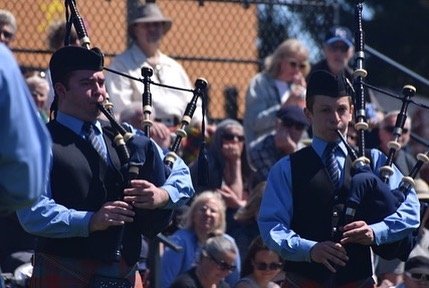 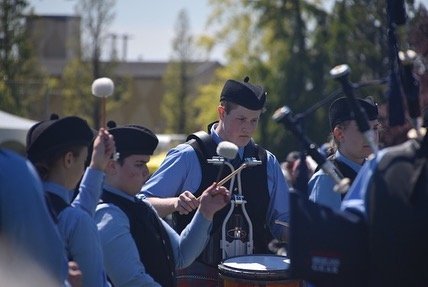 Classes are based on enrollment each year however are maintained at the lowest possible student to teacher ratio possible in our Beginner levels classes. Placement in our bands is at the discretion of the band instructors based on player’s calibre.

Enrollment periods are in September and January of each year. For beginners new to piping & drumming (ages 7 to 13 years) the first night for the Fall classes is Tuesday, September 27, 2022 and for the Winter & Spring classes is Tuesday January 10, 2023.

On the first night, check-in is at 7:00 pm at the RMM Registration Area in the south-east corner, third floor level (Main Concourse) of the Academic Quadrangle building of the SFU Burnaby Mountain Campus. For the first night, pay parking is available in the East Lot and upon player check-in information on obtaining a low cost limited SFU Parking Pass will be provided. 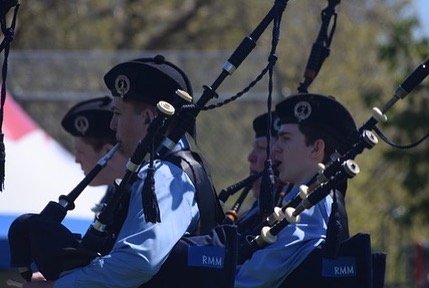 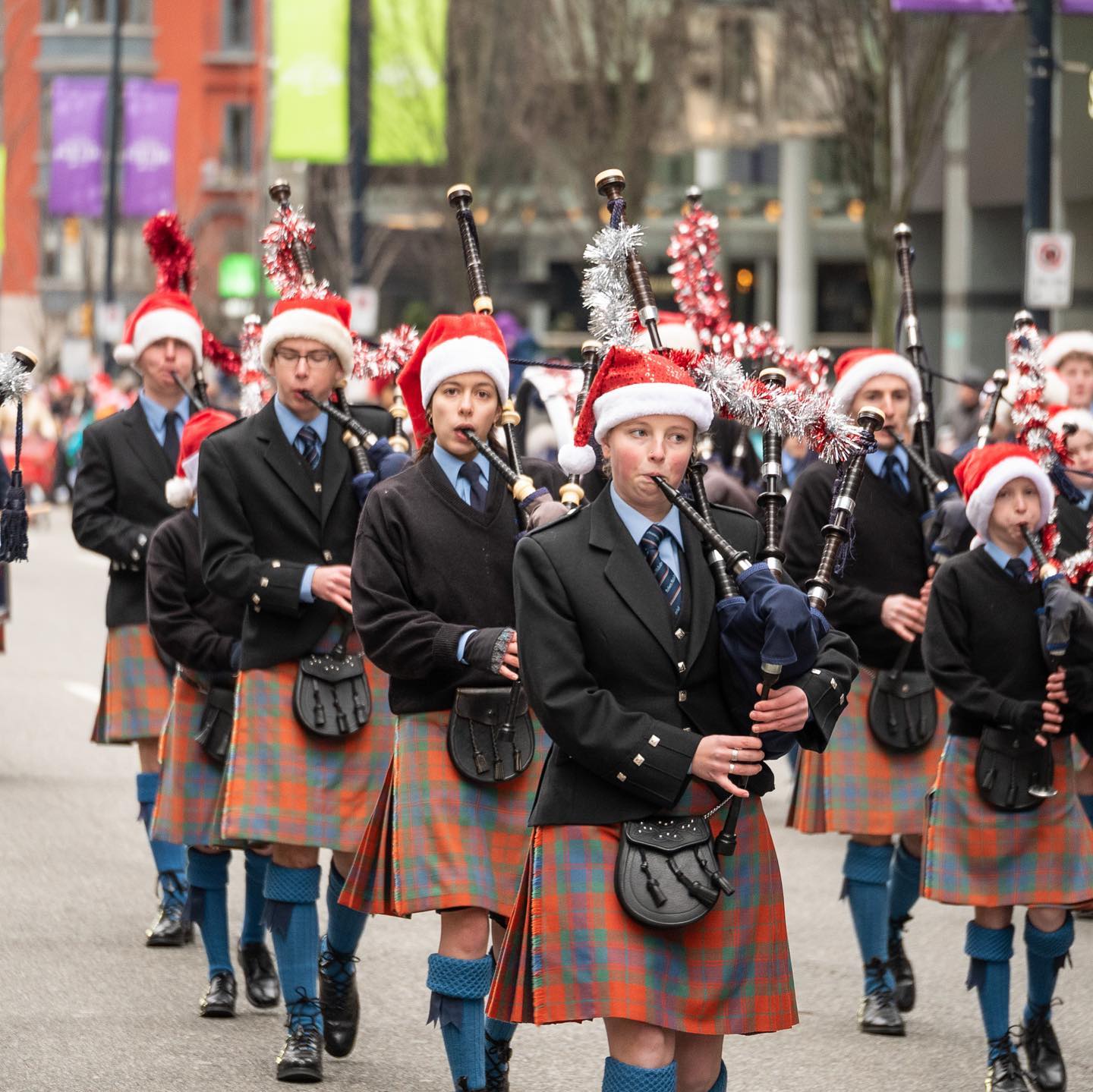 Tuition costs are set per level per year and nominally increase as players are promoted to higher calibre levels within the organization.

For beginners new to piping and drumming (ages 7 to 13 years), tuition is free for the first two month period.

RMM bands travel to Scotland only when bands are ready to be successful on the world stage which has routinely been on average every three years. The program, due to its international nature, routinely brings players together from around the globe who seek an opportunity to becoming a part of our World Pipe Band Championship challenging team.

During years when the bands are not competing in Scotland, students in our bands travel across British Columbia and the Pacific Northwest states of Washington and Oregon, as well as the odd foray into Southern California, to perform in competitions at Scottish highland games and festivals.

In addition to competing with the RMM Pipe Bands, some of our players go on to perform with other pipe bands around the globe or remain right here at home and join either non-competition bands or can become a part of the six time World Champion Simon Fraser University Pipe Band!

Perform for the community

Students joining our band program are also actively involved in community events including the Telus Walk for the Cure, the Scotia Bank Half Marathon, numerous Canada Day and Remembrance Day ceremonies & events plus twice yearly Simon Fraser University Convocations and other awards ceremonies.

As well as participating in a world class pipe band environment on a weekly basis from September to July yearly, British Columbia students enrolled in our pipe band program are also eligible for credits for Fine Arts toward BC Secondary School graduation requirements.

RMM instructors are led by SFU Pipe Band Pipe Major Alan Bevan, Pipe Sergeant Jack Lee, Lead Drummer J. Reid Maxwell. Alan has won the World Championship with the band on several occasions and has performed as a featured soloist at the band's concerts at Massey Hall in Toronto, the Glasgow Royal Concert Hall, the Sydney Opera House, and both the Lincoln Center and Carnegie Hall in New York.

Jack Lee, who is one of the most distinguished pipers in the world, has a lengthy list of accomplishments including the Gold Medals at Oban and Inverness, the Glenfiddich Championship (the world championship of solo piping) three times, plus an ever increasing list of awards and other achievements every year.