View albums from the SFU and RMM bands

The band has produced thirteen recordings, three concert/documentary videos, and appeared on four BBC Radio Scotland broadcasts. The latest album was recorded in February, 2020 in Chilliwack, BC Canada.

In April 2001 the band recorded a CD live at the Sydney Opera House in Australia. On February 20, 1998, the band performed in concert at Carnegie Hall, New York City. This concert marked the first time a pipe band has performed a concert at this prestigious venue. The debut performance was recorded and released in June 1998 as Simon Fraser University Pipe Band - Live at Carnegie Hall. In June 1996, the band released its first live album Alive in America, the first live, in concert recording in the United States of a pipe band.

In May 2012, the band returned to New York and recorded its latest album Live from New York City at the Lincoln Center for the Performing Arts.

In August 2015, for the first time since recording their 2009 concert entitled "Affirmation", the band took to the stage of the Glasgow Royal Concert Hall to perform "Nous Sommes Prets" under the direction of Pipe Major Alan Bevan. 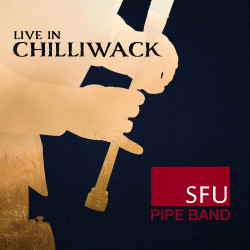 We've just released a brand new album - "Live in Chilliwack". This album was recorded on February 29, 2020 and features new and previously-unreleased material for the band! 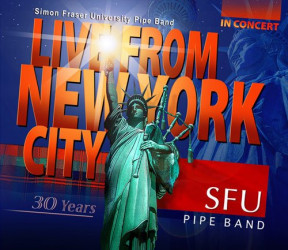 Another 'monster concert' from the six times World Pipe Band Champions in the Big Apple, in a setting they enjoy whereby duos, trio, quartets & soloists can get more involved. This is also ideal for showcasing other aspects of pipe band playing outwith the competition performances of MS&R and Selection / Medlay.  A BIG sound, BIG band & BIG city.

This CD celebrates the 30 year anniversary of the SFU Pipe Band.
Recorded live in New York”s Lincoln Center and captures SFU at its best. 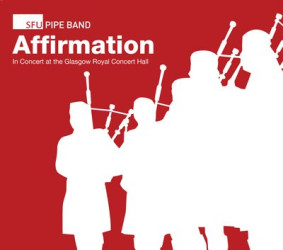 Here is one of the World's finest in concert, live in Glasgow and showing, simply, why they have won 'The World's six times.

Sit back, dram in hand, and relax.

This is the recording made the Wednesday before the band captured its 6th World Pipe Band Championship, and 4th World Drum Corps Championship! Recorded live in Glasgow’s Royal Concert Hall, it features the SFU Pipe Band in stunning form. 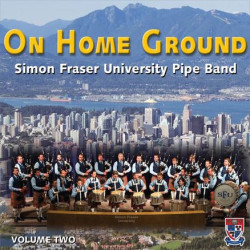 The second of 2 albums recorded live and in studio at home at SFU in June of 2005. Includes the superb “Hourglass Suite” and “Emancipation” in its full form. 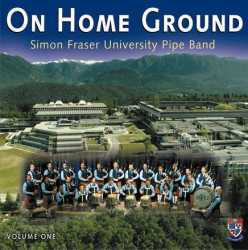 The 4 times World Pipe Band Champions are noted and well respected for their precision in their program choice just as much as their playing and on the 15 tracks here they cover all of the bases you would expect from a band of such stature. The opening set of hornpipes are just a blast!! 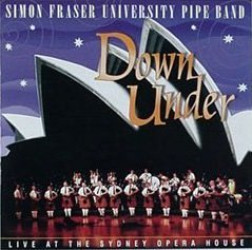 Down Under – Live at the Sydney Opera House

The other Canadian super-band, the Simon Fraser University, six times World Pipe Band Champions, keep up their single-handed plan to convert the world to pipe band music - this time playing in Australia. Not bad for a band from British Columbia, Canada. And they won the Australian Championship while they were there!!

Recorded live at the Sydney Opera House in 2001 just months before the band went on to win their third World Championships. Includes the fan-favourite “Blue Cloud” and the band’s choral arrangement of the piobaireachd “Andrew MacNeill of Colonsay”. 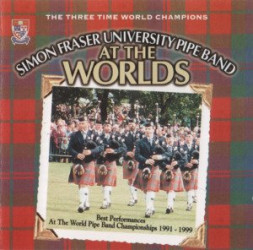 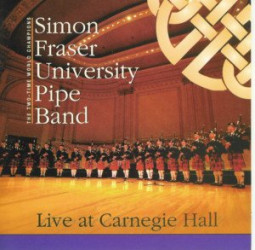 Probably the most daring of pipe band concerts to date - right into the heart of New York City and to the showbiz and high music mecca of the Carnegie Hall. It was only a whisker away from a complete sell-out. The SFU topped this working year by winning the World Pipe Band Championship for the 3rd time. Some challenging music here too, all of which was lapped up by the Noo Yoikers. 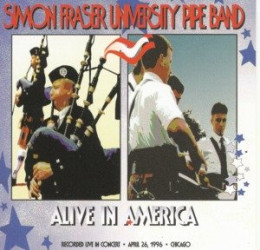 Recorded in concert in Chicago. 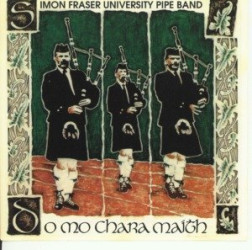 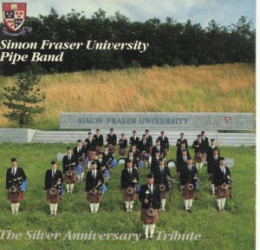 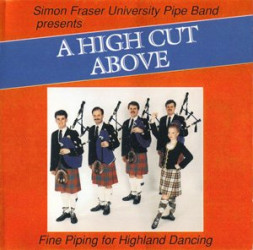 A High Cut Above

A popular release with highland dancers, now available on CD.

We could have called it 'Scottish' because more folk will look there for this rather than Canada, who just happen to have most of the World Champion dancers, and the players are from the World Championship winning Simon Fraser University Pipe Band.  Scotland - be ashamed!

An album of piping for Highland dancing recorded by members of the Simon Fraser University Pipe Band. 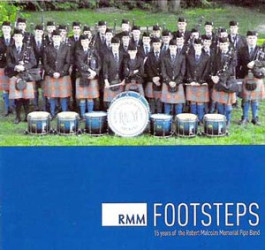 The second album from the Robert Malcolm Memorial Pipe Bands.