Join us on January 25th, 2020 for our annual SFU Robbie Burns' Dinner!

Follow your Inner Scot to our
SFU ROBBIE BURNS’ DINNER 2020

Join us in celebration of Scottish poet Robert Burns!

Our event will include Piping in of the Haggis, Burns’ poetry, song, dance and copious band performances by the SFU Pipe Band and the RMM Pipe Bands. Traditional Scottish fare and updated regional dishes will be served. Dancing after dinner and performances. Whiskey and other libations available.

Tickets $80 - tickets are now sold out. Thank you to all who are supporting our event.

All proceeds from this event will benefit the Robert Malcolm Memorial Pipe Bands. 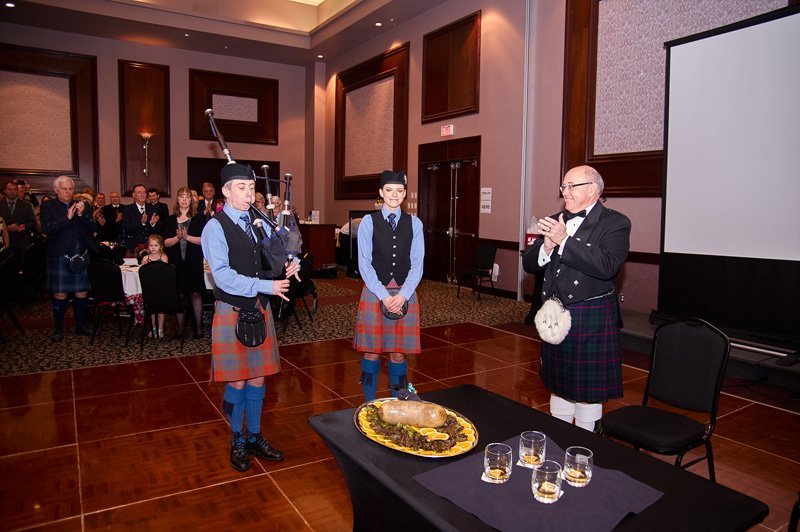 The Simon Fraser University Pipe Band has garnered a reputation as one of the world’s most accomplished pipe bands and a Canadian music icon. Having won no less than six world championships and recorded albums in some of the world’s most prestigious concert halls, the band continues to push the boundaries of the artistic world with Scotland’s national instrument. The SFU Pipe Band rose to prominence in the 1980s before winning their first World Championship in 1995 and again in 1996, becoming the first pipe band from outside of the United Kingdom to win the title more than once. Since then, the band has played at venues including the Sydney Opera House, Carnegie Hall, and the Lincoln Centre in New York. The band placed 5th for the third year in a row in August at the 2019 World Pipe Band Championships, under Pipe Major Alan Bevan. 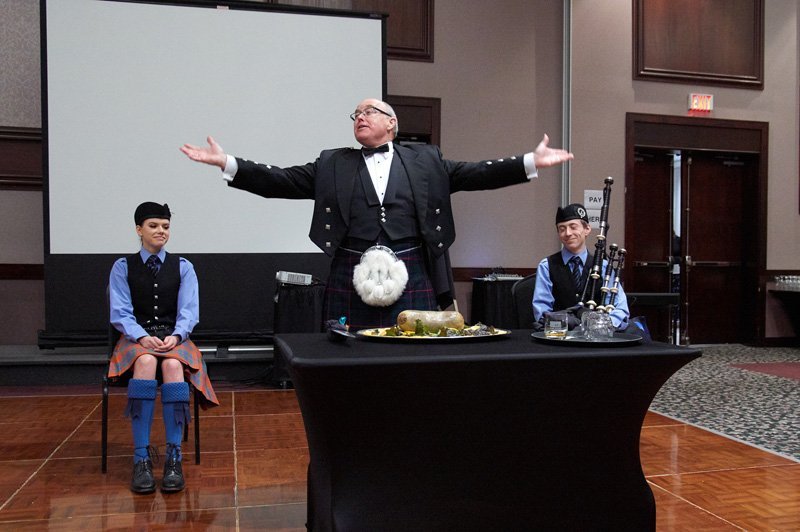 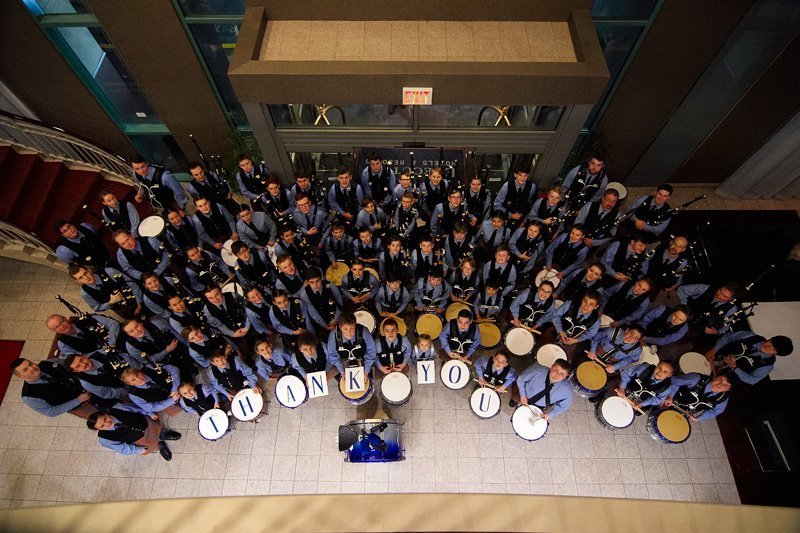 The Robert Malcolm Memorial Pipe Band is the SFU Pipe Band’s junior organization, consisting of four bands and a beginner instructional program. It was founded in 1994 after two members of the SFU Pipe Band, Robert and Malcolm, were killed in an automobile accident. Since then, the band has grown into one of the world’s largest and most successful youth pipe band organizations. The Robert Malcolm Memorial Grade 3 band travelled to Maxville, Ontario this year to compete in the 2019 North American Pipe Band Championships at the Glengarry Highland Games, taking home 6th place in the challenging Grade 3 category. The Robert Malcolm Memorial Grade 2 band took a road trip to Pleasanton, California, bringing home 1st place overall in the Grade 2 band category, placing 1st place in both the MSR and Medley at the 2019 Caledonian Club of San Francisco Games.

Thank you for your interest in the event. We have a wonderful evening planned and look forward to seeing everyone at the event. 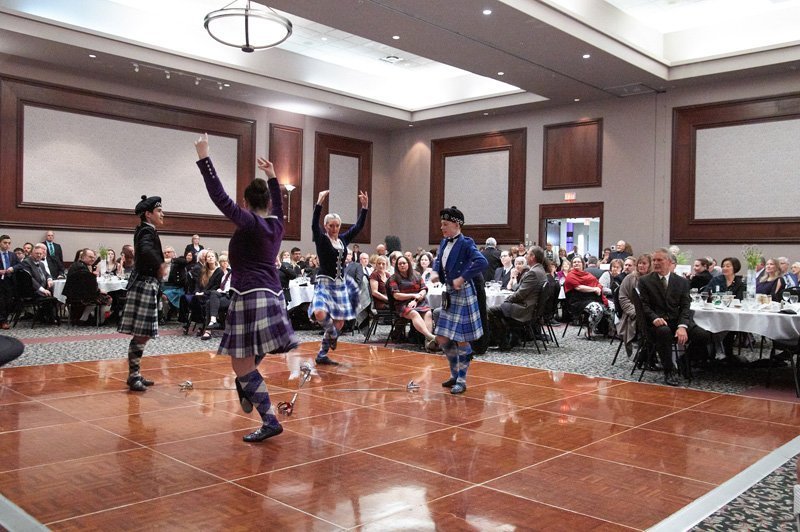 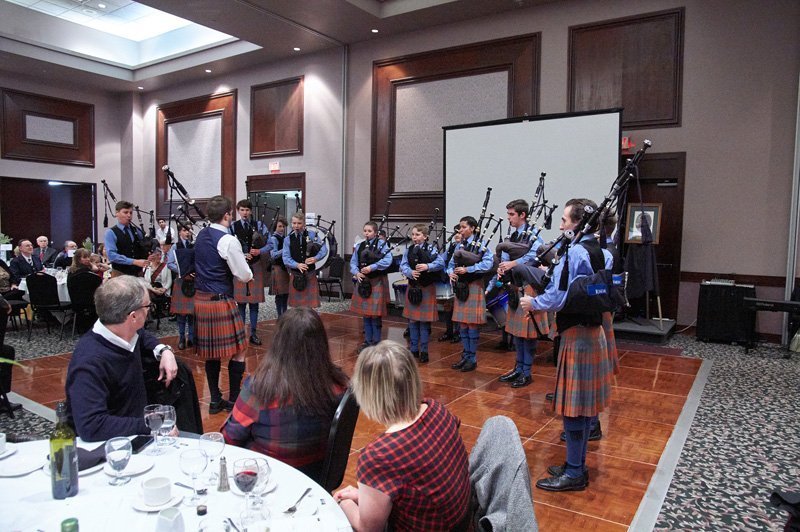 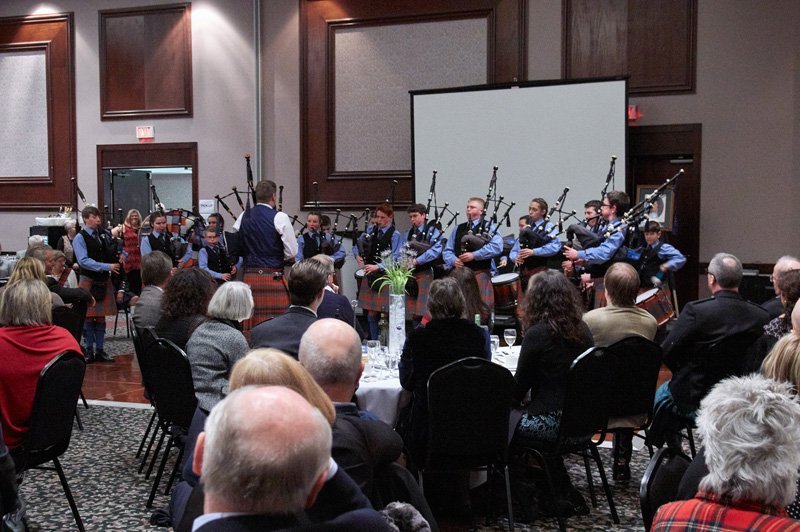 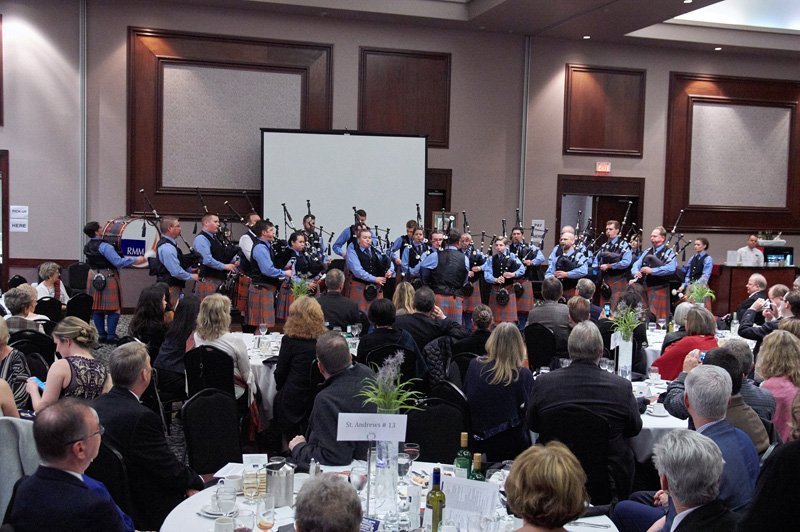 To donate funds directly to the band you can visit our donations page for more information.
Click Here